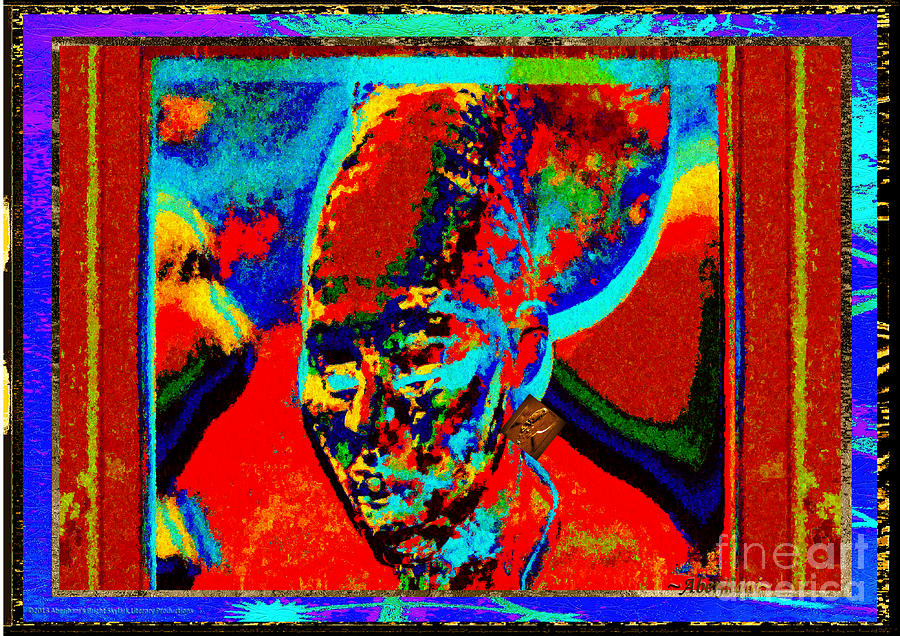 Among the discoveries made by students of history when researching African culture and history has been the prominent role which women have often played as leaders and warriors. That point was recently underscored in the blockbuster movie "Black Panther." The women of the Harlem Renaissance (1920s, 1930s, 1940s) were warrior artists, educators, musicians, performers, authors, and entrepreneurs. Their visions of what life was and could be in America had a major impact on the lives of many but they generally had to struggle to share their visions with the world and often paid very high prices for their achievements.

More than a portrait of a single individual's inner conflicts, "Woman Whose Dreams Kept Hope Alive" is a painting of the paradox represented by individuals' desires to serve a greater good and the impulse some experience to punish them for it. By surviving such punishments, their dreams and visions nourished the courage and hopes of entire generations.

Like the companion artwork titled "Woman Who Fought for Her Soul and Won," this one is modeled after the classic masks and sculpture of West Africa, which inspired various artists of the Harlem Renaissance and in Europe. The fluid style of abstract expressionism seemed best to express the art's intended meaning.

Also like "Woman Who Fought for Her Soul and Woman," this print stands as a tribute to the women and men who made the Year 2018's #MeToo Movement too powerful to be ignored, just as the suffragettes of old did during the Harlem Renaissance.

To save 30 percent off the mark-up on this and other Postered Chromatic Poetics artwork from now until December 31, 2018, please use promo code HSPRXZ when checking out.