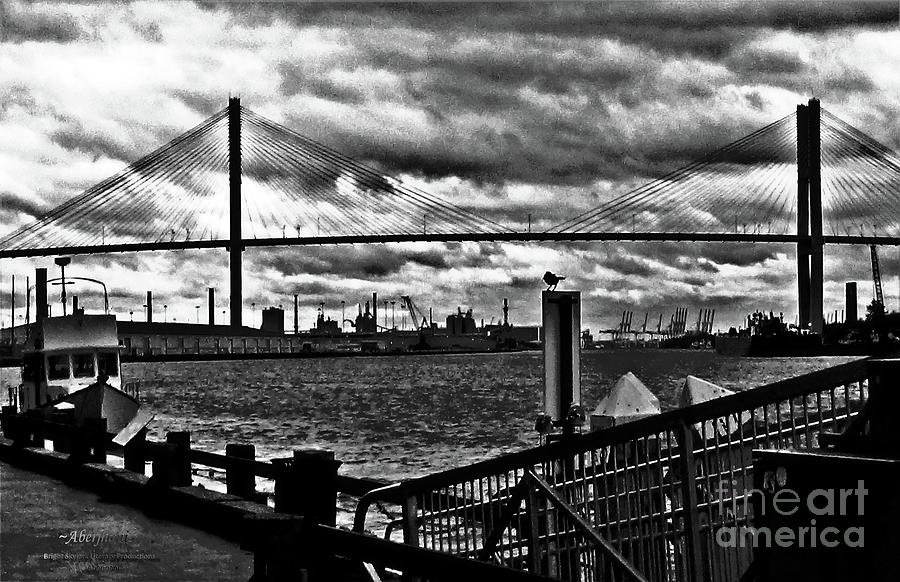 Savannah River Bridge the Morning after Hurricane Matthew No. 2

Savannah River Bridge the Morning after Hurricane Matthew No. 2

Commonly referred to as the Savannah Bridge, the Eugene Talmadge Memorial Bridge was named after a former governor of Georgia. The name is an extremely controversial one because although rightly lauded for his labors on behalf of many, Talmadge was also known to have been an unapologetic white supremacist. Various campaigns to have the name changed have failed but various advocates of diversity and multiculturalism continue to encourage awareness and change.

The photographic image seen here was taken Oct 8, 2016, the morning after Hurricane Matthew swept through the area. The seagull silhouetted near center foreground atop a post held still just long enough for this shot be taken and then flew off.

This work is dedicated in memory of the late photographer Jack Leigh, who was a native of Savannah and a master of black and white photography.