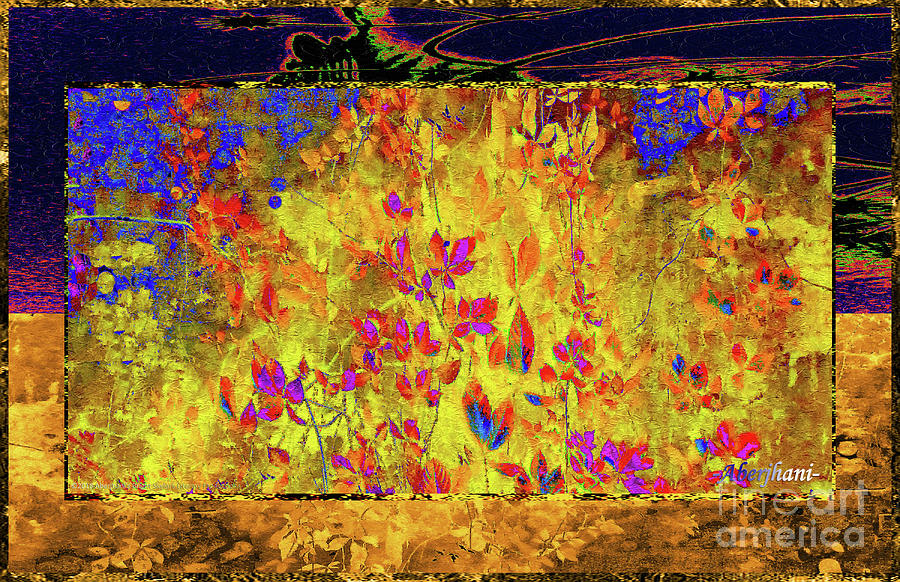 Garden of Grace and Resilience

Garden of Grace and Resilience

"Where the garden of grace blossomed,
star-scented moonlight made me drunk.
Where the oceans of heaven sighed peace,
I flowed into a midnight wave of echoes."
Aberjhani, poem from book Visions of a Skylark Dressed in Black

"Garden of Grace and Resilience" is the first canvas in a new art series that celebrates the different ways life sustains and perpetuates itself. I am dedicating it to those currently confronting the fury of Hurricane Florence with hope that grace and resilience will see them through.

I will share more about what inspired the new series in forthcoming blogs but for now will say this image began as photographic research of an area near a set of railroad tracks and frequented by homeless individuals. On one side of the tracks was a space used for dumping trash and on the other was growing thick patches of colorful vines.

The robust growth of the beautiful vines in an unexpected place reminded me of certain homeless individuals I had encountered who made it clear they had no use for pity. They were dealing with their lives to the best of their ability and some were on their way to obtaining permanent dwellings. In the vines and in the people I saw a kind of beautiful resilience, some of which I hoped to capture with this artwork.

Thank you very much Brian for visiting and commenting on "Garden of Grace and Resilience."

Deepest gratitude to the AETHER Art Group for previously featuring "Garden of Grace and Resilience."

I appreciate that very much Kim. This piece was fun to work on.

Thank you very much Rainbow Artist Orlando L. I appreciate your visit and kind words.

Much gratitude also to the CONTEMPORARY and ABSTRACT PAINTING groups for featuring GARDEN OF GRACE AND RESILIENCE.

Greatly appreciate the Aether Art Group adding this work to its feature page.

Thank you very much Mona. I'm enjoying your work more and more.

Enjoy the techniques used in this impressive display, joy to view;) v/f

Appreciate that very much Shoal.

Very glad you liked it Nicklaus.

Such a stunning abstract, Aberjhani!! An impressive combination of colors and textures.

Greatly appreciate that Angeles. This is one of those pieces which departed from the original plan and revealed itself as I went along.

~ Marvelous! This is so breathtaking, beautifully and totally a amazing!

How very beautiful.. You have to say that the "Universe shares thoughts.." Stay inspired... I WANT to see that tree of Hope... Will you let me know? F/l

Your kind words are greatly appreciated Maria. My vision of that tree is currently represented in my artwork titled: "Redbird Singing Songs of Love in the Tree of Hope" posted earlier this week.

Thank you for commenting Harsh Malik. You inspire me to reach higher.

Much gratitude to the Abstract Painting and Digital Abstract, and Artist News groups for featuring this work.

Appreciate that very much Carol. I had fun working on this one.

Glad you like it Vasileios. I've been enjoying your posted works as well.

The hope expressed in the description for “Garden of Grace and Resilience,” on behalf of communities dealing with Hurricane Florence’s brutal punishment, is very sincere. Compassionate empathy for people in such situations comes natural to me these days after dealing with Hurricane Matthew in 2016 and Irma in 2017.