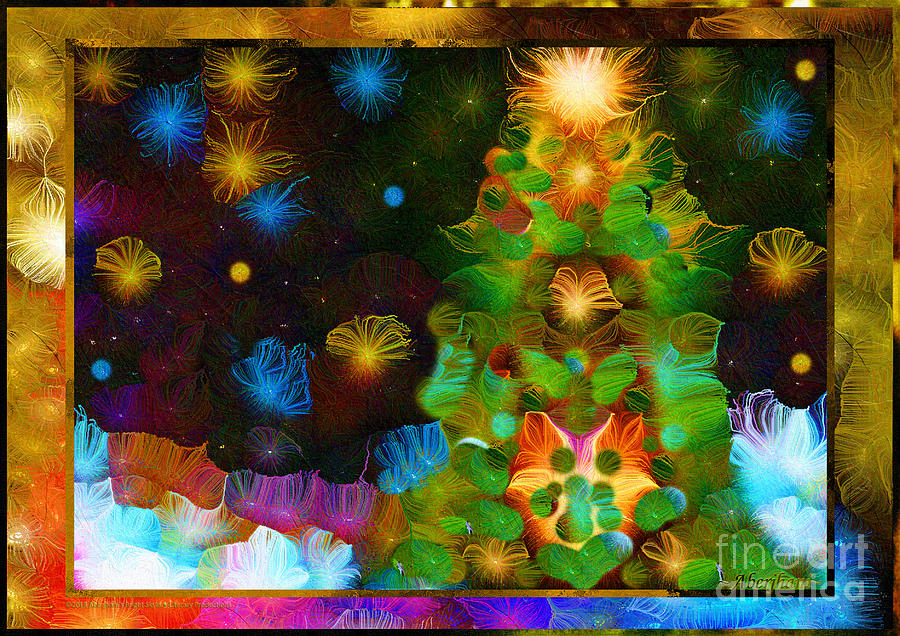 Gathering Around the Tree of Our Shared Humanity Number 1

Gathering Around the Tree of Our Shared Humanity Number 1

The tradition of decorating trees as part of sacred observances goes back a lot further than people in modern times might think. Ancient Egyptians adorned palm trees as symbols of divine revelation. Romans chose the fir (much closer to contemporary Christmas Holy-Day choices) to represent an individual’s potential for achieving divine-like consciousness. Such evolved awareness was later referred to as a "Christ-like consciousness" and the tree symbolized all the spiritual gifts believed to come with such inspired convictions.

It just so happens they also make particularly good subjects for the Silk-Featherbrush art style, which is why I created 2 canvases and dedicate them to the people of Paradise, California, who lost 90 percent of their town to fire in 2018.

For many as we leave 2018 and enter the New Year 2019, trees of any kind will remind them of the horrific wild fires that took place around the globe. According to some experts who track such things as humanity's ability to "live in coexistence with fire,” instances of devastating infernos were actually worse in the past and only appear to be more destructive now because of over-dramatized reports in the media. People who watched the fruits of decades of labor turn to ash right before their eyes don't really care a lot about such distinctions. What disturbs many is that any number of fires could have been avoided. And thus lost lives and homes could have been spared.

What the devastations of 2018 and celebrations of present holiday moments for people of diverse faiths might have in common is an enhanced sense of our shared humanity. When we look more deeply at certain traditions we often discover they are not as extremely different from many "others'" as we might have thought and provide more reasons to meet in harmony upon the common ground of our shared humanity than with intent to destroy each other on battlefields.

Love the colors and textures in this very unique artwork! LF

Thank you very much Angeles. I appreciate that.

Revisiting this magical and warm piece, Aberjhani!! Amazing style, use of light, and mood in this precious artwork. I LOVE it!! L/F

Thanks for that VIVA. Appreciate it & You very much.

SOLD & SHIPPED! Thanks tremendously for the special request in Georgia for "Gathering Around the Tree of Our Shared Humanity Number 1." ,

Thanks tremendously VIVA. I keep revisiting your fantastic PEONIES & enjoy doing so every time.

Beautiful, so thoughtful, so Right, yet again, 2020...Compliments, best wishes,f.v...VIVA

Thank you very much Barbie. Appreciate it.

Thank you Jeff, Rainbow Artist Orlando L, and Constance. Very glad you got a chance to this out. Your comments are greatly appreciated.

One of many wonders.

What a brilliant and beautiful creation!! wonderful design, colours and mood!! L/F

I appreciate you checking it out Aaron.

~ This is so breathtaking, beautifully and totally amazing work! I love it! ~ Sincerely Cia ~

Love the description you penned to represent this image. Your deep spirituality invariably shows in your words. This is beautiful, Aberjhani! l/f

Thank you VIVA and Angeles. I've known some good holidays and some rough ones but they generally inspire me and I try to share that inspiration.

Such an amazing artwork, Aberjhani!! A stunning explosion of color and light in this magical piece. L/F