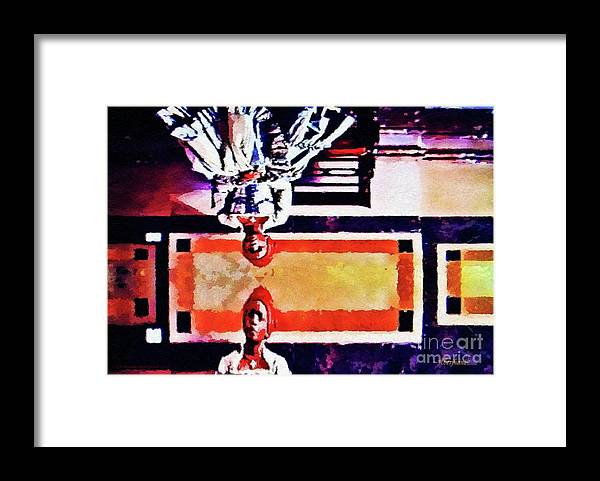 Woman with Herstory Heavy on Her Mind Framed Print

Woman with Herstory Heavy on Her Mind framed print by Aberjhani.   Bring your print to life with hundreds of different frame and mat combinations. Our framed prints are assembled, packaged, and shipped by our expert framing staff and delivered "ready to hang" with pre-attached hanging wire, mounting hooks, and nails.

“Woman with Herstory Heavy on Her Mind” is my surrealistic interpretation of a scene from the 2015 TV series titled “The Book of Negroes,”... more

Thank you Bernadette. Women have often been very important influences (for the better) in my life so I try to acknowledge and honor that fact.

Thanks tremendously Issie for the very kind words. Glad you enjoyed checking out "Woman with Herstory Heavy on Her Mind."

Your work is truly meaningful and inspiring. I think the title is genius.

Thank you Ammi. I appreciate that very much.

Thank you very much Delroy. I'm challenging myself to grow & do more.

You're work is amazing, unusual and thought provoking, great work

Thank you Carol. I felt it important to pay some small tribute to the film that inspired this and to the history women are making right now.

Thank you very much Angeles. The story and actress inspired me a lot with this one.

I appreciate that very much Anne.

Where would my KNOWING be, without you, Aberjhani. Here, in Oz, little is made of the "Book of Negroes" .. we are uninformed. Thank you, Aberjhani, for this lucid, so surreal, beautiful reference/Art/Write-up. You 'fill the gaps' about 'then', her-story,history itself........Kudos !!, fav, VIVA

Thank you VIVA. I learned about the TV miniseries pretty late myself since it was done in Canada, but since then I've become a fan of the lead actress and admire the efforts of all involved to produce such a project.

“Woman with Herstory Heavy on Her Mind” is my surrealistic interpretation of a scene from the 2015 TV series titled “The Book of Negroes,” based on the novel by Canadian writer Lawrence Hill. For those unfamiliar with it, the series is set in the 1700s and centers around a character named Aminata Diallo, played as an adult by actress Aunjanue Ellis. The series was directed by Clement Virgo and produced by Virgo and Damon D’Oliveira. The art-inspiring cinematography was done by Guilio Biccari.In the TV series, at age 11, Aminata is kidnapped in her West African Village, sold into slavery in America, and spends decades adjusting to and escaping from its cruelties. She declares herself as one who remembers. Eventually, this intellectual gift leads to her recruitment to work on “The Book of Negroes,” essentially a listing of people of African descent who opted to leave America shortly after the American Revolutionary War. Period costumes, especially women’s fashions, in fi...