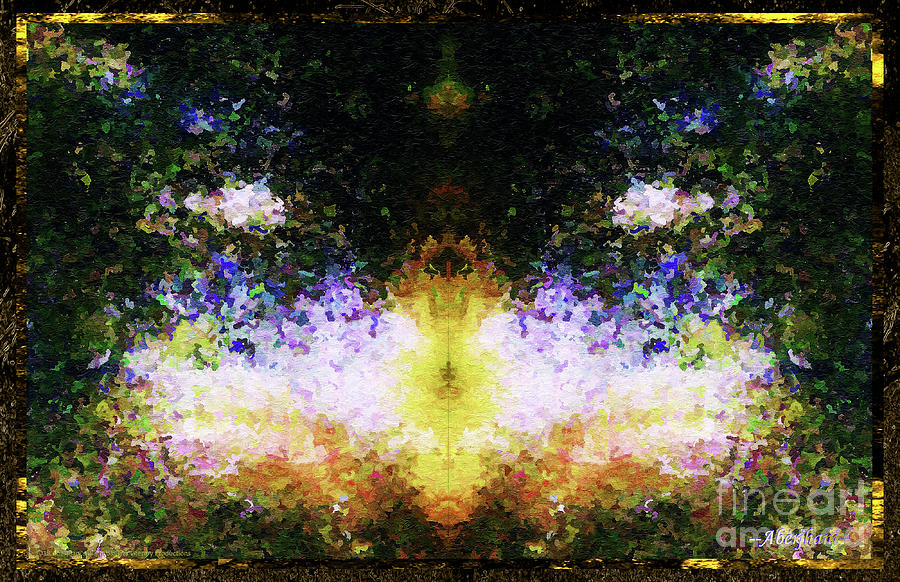 That Time We Woke Up Laughing in Claude Monet's Garden

That Time We Woke Up Laughing in Claude Monet's Garden

French artist Claude Monet (actually Oscar-Claude Monet, 1840-1926) often referred to as "the Father of Impressionism," is one of the principle subjects of a comparative essay written for my last completed non-fiction manuscript. During the course of researching Monet's life and completing the essay, I had the good fortune of seeing an exhibit of his work at the Telfair Museum in Savannah, Georgia (USA). It was impossible to study the artist's life and works for as long as I did without feeling some inclination to experiment with impressionism once I began focusing on visual creations.

"That Time We Woke Up Laughing in Claude Monet's Garden" might be described as a modest heart-felt salute to the artist's much-celebrated flower and water gardens in Giverny, France. The creation of Monet's phenomenal expansive gardens took up a substantial part of his later years. Today, more than half a million tourists and aspiring artists visit it annually, which is pretty amazing since the population of Giverny reportedly is just over 500. Some have said that walking through the gardens is like walking through a rainbow. Artists often express a sense of awe and reverence when visiting Giverny because of the apparent sustained vision and labor it took to create such a wonder.

At the start of this composition I concentrated more on style, colors, and emotion than on actual form. In truth, I thought I was developing a panoramic landscape with a garden somewhere near its center. But the garden insisted on growing and taking over the landscape. The title is an allusion to different people's reported experiences of the gardens at Giverny and to my own responses to Monet's considerable impact on the evolution of modern art.

Thank you Carol. Plan to revisit this piece and maybe work on a different version of it.

Awesome composition, Aberjhani!! Love how the light grows from the center outwards and the delicate texture. L/F

I appreciate that Candice. Glad you got a chance to check it out.

This is an absolutely stunning impressionistic composition, Aberjhani!

How fascinating and captivating!! excellent mood and visual effect in this art!! L/F

Deepest gratitude to the CONTEMPORARY and ABSTRACT MOODS art groups for featuring this work.