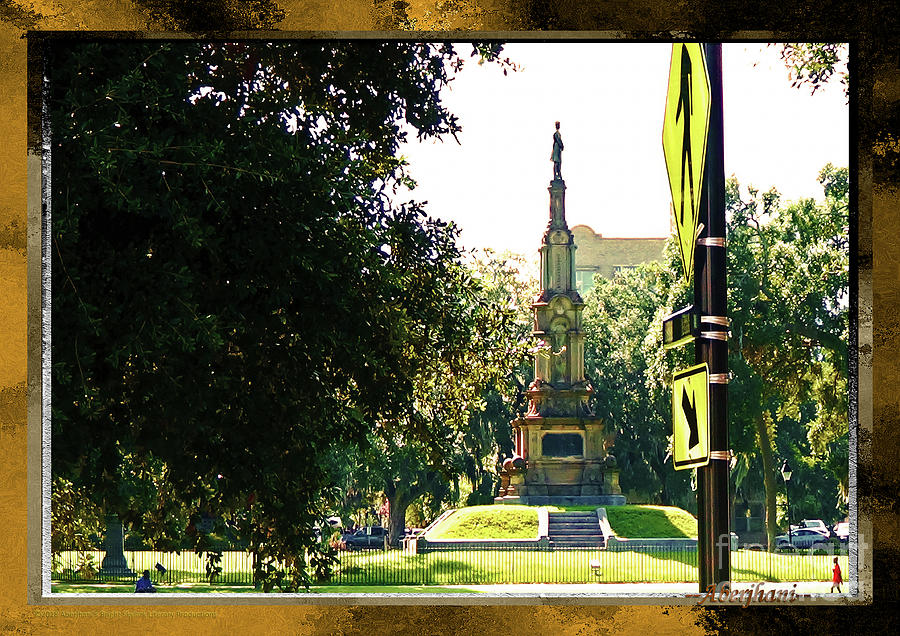 Taking a Walk through American History

Taking a Walk through American History

The trick to taking this shot was getting as much of both the pedestrians-walking sign and the Confederate Monument in the distance into the photograph as possible. It was difficult because the monument, in Forsyth Park in Savannah, Georgia, was to the west and the sign was facing traffic going north on Drayton Street. A ladder might have come in handy but I didn't have one.

The street sign combined with the aging distant monument aligned beside it struck me as a powerful symbol of the division some American communities are experiencing over how to handle controversy involving Confederate symbols, often associated with advocacy for white supremacy, in public spaces. Some city administrators have dealt with the issue by placing the statues and similar representations in museums, which preserves the items and the history they represent. Other administrators have hidden them completely. Some citizens (like certain folks recently in North Carolina) have torn them down and tried to destroy them.

The monument seen here stands where Civil War camps were once located, so the historian in me would like to see it modified to tell a larger story rather than completely demolished. In an article titled "Re-Envisioning the Confederate Monument as a Portrait of Diversity," I suggested Savannahians consider adding several diverse figures to the structure. It could then be re-designated as a historical marker illustrating the different stakes and values for which people were fighting during the American Civil War. The primary theme would be a unified America rather than a self-destructing confederacy. Visitors would see in it, hopefully, a more comprehensive narrative on American history as opposed to one biased version of it.

Thank you Stephen for checking out Taking A Walk Through American History. I hope to make this image available with copies of my Dreams of the Immortal City Savannah book at an autographing in the city later this month.

Thank you very much Marcia. I appreciate that.

Much gratitude to the YOUR VERY BEST PHOTOGRAPHY GROUP for featuring this photograph.

I love your beautiful framing and lovely composition of this wonderful image ! l/f

I really appreciate that Geraldine. Getting this shot without getting run over by a car was tricky.

Thank you very much Arthur.

Much gratitude for the kind words Carol.