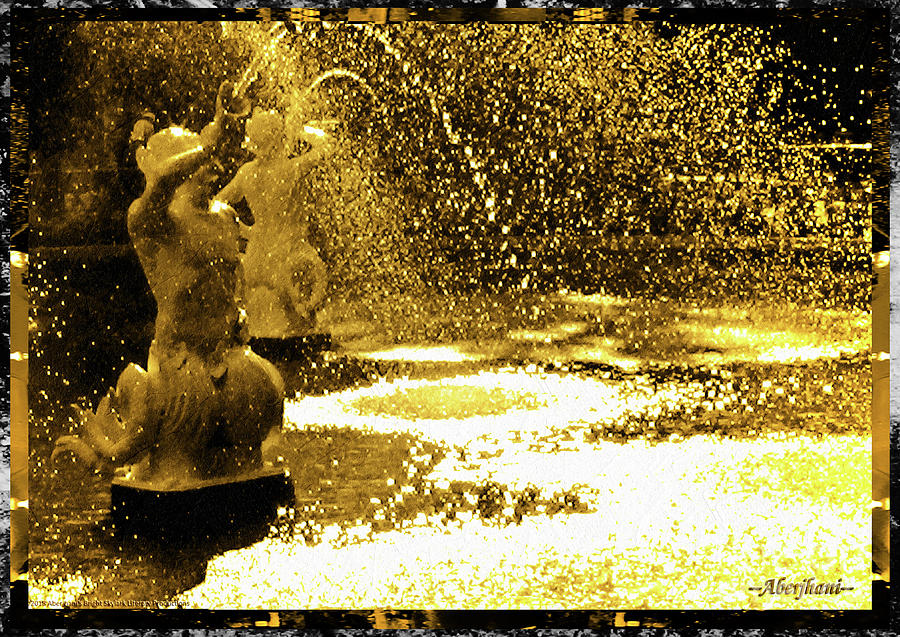 Savannah Forsyth Park Tritons in a Cascade of Gold

Savannah Forsyth Park Tritons in a Cascade of Gold

I tend to refer to the half-men half-fish beings who inhabit the Forsyth Park Fountain in Savannah, Georgia, as mermen. That is not an error, but students of mythology might prefer to call them Tritons. In Greek mythology, they are described as the demigod sons of the sea god Poseidon and Amphitrite, his beloved. Like the Tritons of Greek myth, the ones which inhabit the Forsyth Park Fountain carry twisted seashells through which they blow streams of water (the ones from mythology used their shell-horns to manipulate the flow of waves).

According the Smithsonian Art Inventories Catalog, Janes, Beebe & Company modeled the Forsyth Park Fountain (with some changes) "after a cast iron fountain designed by the J. P. Victor Andre Iron Foundry for display at the 1851 Crystal Palace Exhibition in London, which in turn was modeled after a fountain on the Place-de-la-Concorde in Paris, France."

The image seen here is a closer shot of the fountain featured in the prints titled: "Champagne Twilight: Forsyth Park Fountain in Savannah, Georgia (USA)" and "Sepia Afternoon: Forsyth Park Fountain in Savannah, Georgia (USA)." It's almost like a counterpoint to the Confederate Monument that stands some yards to the south. The park in general is a favorite subject for visual art endeavors as well as for my literary work. It inspired an important setting in my first novel and was one of the subjects of the Civil War Savannah Book Series. More recently, it happens to have provided a backdrop for a moving being filmed in Savannah.

I really enjoy this super sensational image Aberjhani!! the lighting paired with the colour totally turned the water into sparkling jewels and shinning stars. what a beauty with great richness!! L/F

Spectacular, Aberjhani.........as is your wonderful description to compliment your continued love of this, and this golden glory.....always the ancients keep us connected, through our own responses, interpretations throughout the generations.....always alive !....never lost !.....fv.........VIVA