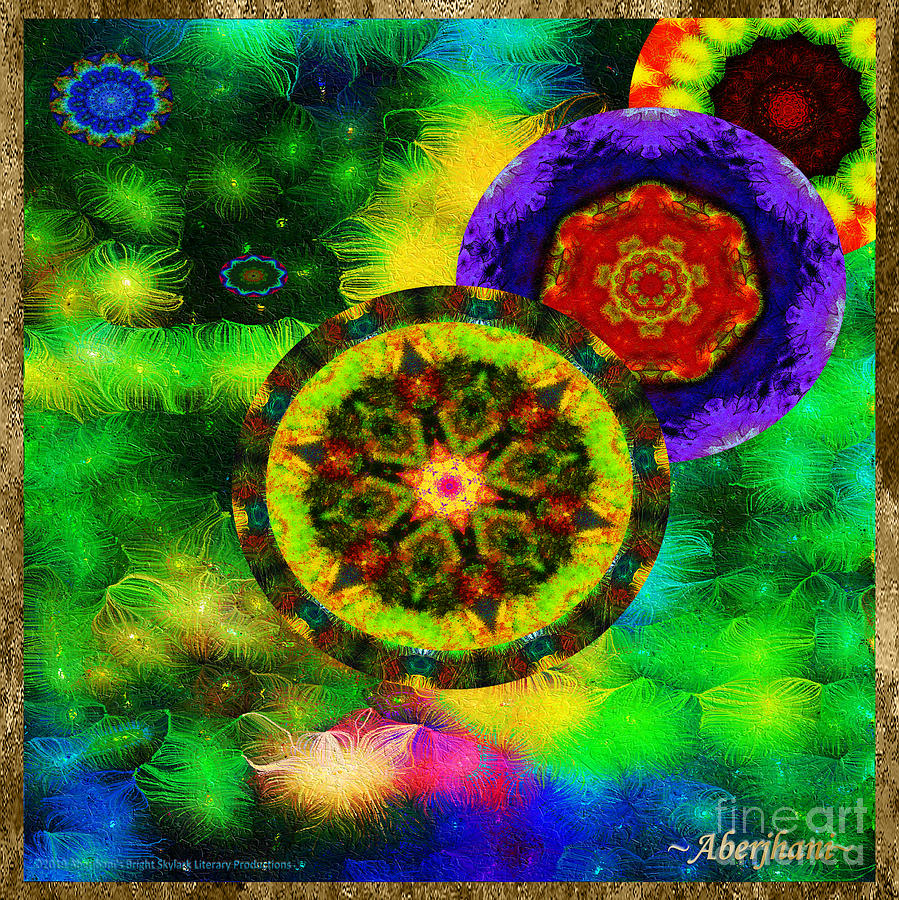 THE IMAGE ITSELF
Before coming up with a palette scheme or choosing a stylistic approach, I decided the format for "Kaleidoscope Moon for Children Gone to Soon Number 3" would be a square. The reason was to place a greater emphasis on the shifting phases and metaphysical qualities attributed to the moon itself within this series. However, once I settled on the square format with a Silk-Featherbrush background, the Kaleidoscope Moon itself began to dissolve and reform like a true kaleidoscope until the first evolved into several. Arguing with myself about only wanting a single orb did not work and I accepted the possibility that the work itself wanted to intensify its own purposes and my stated commitment to them. Each reflects a different vibrancy and pattern as if to ensure individual recognition of every child taken too soon.

THE STORY BEHIND THE SERIES
During the holiday season some years ago, I lost a niece and nephew to extreme violence and chose to honor their lives by naming a Christmas tree after them. It was my way of gifting them the joy of which they had been robbed. The new Kaleidoscope Moons Series is an extension of that tradition in honor of children lost to such violence around the world as we move forward into 2019. It is also an expression of standing in solidarity with families who have endured these losses as they adjust to something from which they are unlikely to ever fully recover. Therefore, in lieu of a Christmas tree, the Kaleidoscope Moons Series.

Obviously art cannot bring back any of our loved ones lost to senseless violence. But for those who did not get their chance to establish mega-stardom and document their passage on this journey we call life, the Kaleidoscope Moons Series can testify on their behalf. It can proclaim they were here and their lives were as deserving of celebration and remembrance as anyone's.

This creation is super marvelous and fabulous Aberjhani!! wonderful composition and designs with uplifting colours and energy. this art makes you think deep thoughts. definitely an eye candy!! L/F

Thanks for that Jeff.

Awesome creation, Aberjhani!! Love the wavering combination of textures with the solid circles of the moon. L/F

Wow, this is gorgeous, I love this artwork, full of beautiful colors, shapes and details ! l/f

I love the cosmic feel of this piece