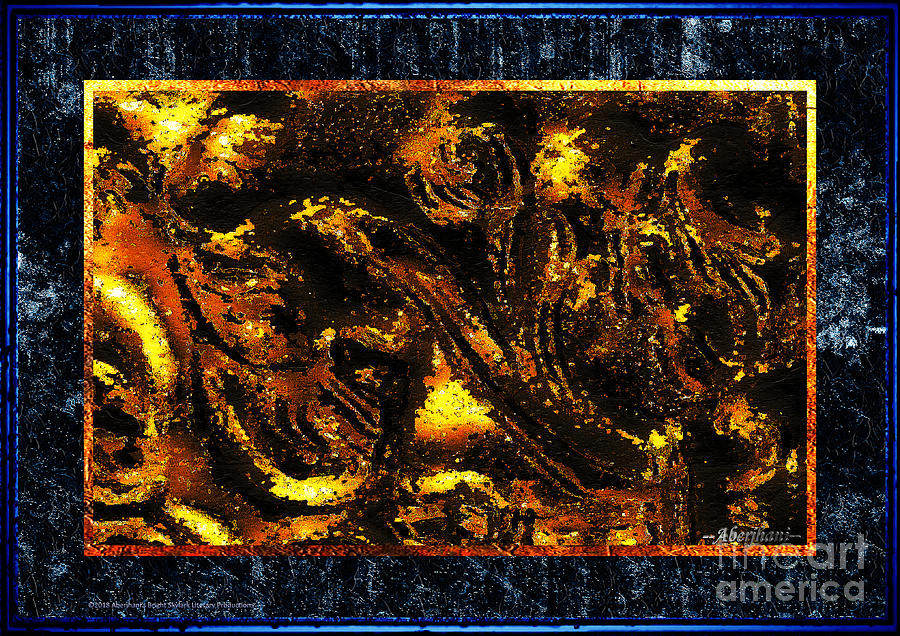 Golden Ship of Stars and Dreams

Golden Ship of Stars and Dreams

It always interests me the way some people immediately see one image or meaning in a particular work of abstract art while others may perceive something completely different. So far as "Golden Ship of Stars and Dreams" goes, I confess that it took me some time––years in fact––to realize I was creating work which falls into the category of what I called: emergent expressionism or transformative impressionism. In an article on a contemporary artist based in Dublin, I defined the terms as follows.:

“...If emergent expressionism lends chromatic form and substance to in-between states of metamorphosis, then transformative impressionism may be described as endowing such stages of transition with metaphorical narrative.” (from Sensualized Transcendence: Editorial and Poem on the Art of Jaanika Talts)

The thing about the color palette and completed composition for the central image seen here is that it started out some years ago as light shades of gray and white which I thought was shaping up into an abstract seascape. I would go back to it periodically to guide the eventual emergence of the expressionistic seascape and add certain colors here or trim parts of it somewhere else.

Then one day I got caught up in a rush of inspiration until the original canvas was completely gone. There before me in its place was what, to my mind, looked like a ship of gold surrounded by several gleaming figures. The giant face of one looming beside the ship stood out more than the others and almost prompted me to name this Golden Dreamer of Love and Mercy. The prominence of a golden ship's bow reaching out of the center made me opt for a new choice.

I was tempted to define the figures more precisely but chose to borrow a lesson from the late Thomas Kinkade and restricted myself to adding splashes of light and the cosmic-themed frame containing swirls of stars.

I appreciate that very lovely poetic description Adrienne. Thank you very much.

Oh, this is wonderful! Haunting,like the night sky watching stars being born!

Thank you Grace. I actually find something haunting about this piece but it is one of my favorites.

Much gratitude Geraldine and Swedish Attitude Design for your kind words.

~ Stunning piece! Your style is very inspirational to me!

Great patterns, gold tones and wonderful framing it all works so well together ! l/f

My appreciation to the Abstract Moods group for featuring this work.